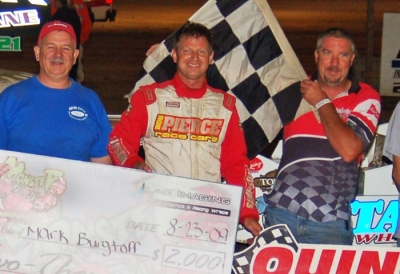 Feger led the first lap at Quincy before Unzicker slipped underneath to take command through the ninth lap. Burgtorf blasted into the lead on the 10th lap, leaving Unzicker, Feger and Erb left to battle for second as he built a comfortable lead. Feger took the second spot from Unzicker with eight laps remaining, but he finished nearly three seconds behind the cruising Burgtorf.