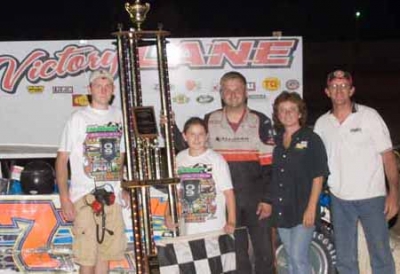 Marlar drove a car powered by an aluminum crate engine that gave him a 200-pound weight break over cars using open-competition powerplants according to rules on the new tour.