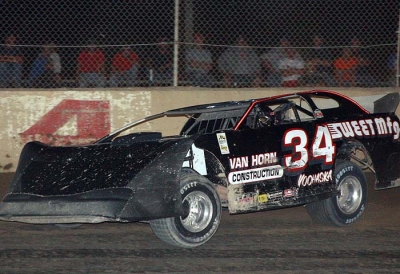 Vochaska picked up the $4,500 winner's purse and an additional $270 in lap money in one of Hartford Motor Speedway's biggest events of the season.

Polesitter Shawn Toczek of Hebron, Ind., led the first 11 laps before Hotovy, of Covert, Mich., took command on the 12th circuit. Covert led all the way through lap 38 when he dropped out with an 11th-place finish.

Notes: Vochaska's No. 34 is sponsored by Van Horn Construction and Sweet Mfg. ... The event was co-sanctioned by the Ontario Dirt Late Models. ... Lap sponsorships at $45 per lap were paid to drivers leading each lap. ... The event celebrates the 45th anniversary of Lane Automotive.