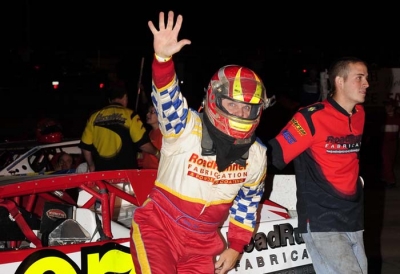 DONIPHAN, Neb. (May 22) — Extending his lead as the winningest series driver, Kelly Boen of Henderson, Colo., took the lead on the second lap at Mid-Nebraska Speedway and cruised to victory in the season opener on the O'Reilly National Champion Racing Association. Boen, the four-time and reigning series champion, earned $2,500 for his 34th career NCRA victory and his sixth series victory at Doniphan. | Slideshow