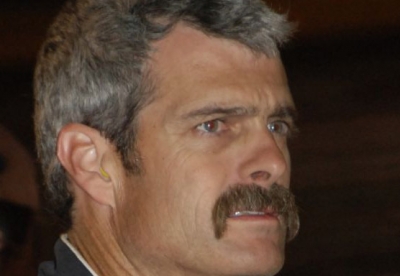 When the World of Outlaws Late Model Series visits Amsoil Speedway on Friday night to kick off the six-race Wild West Tour, the circuit’s followers will cross paths for the first time in nearly five months with the veteran driver from New Richmond, Wis., who ended his two-year run as a WoO regular after February’s season-opening swing through Georgia and Florida. | World of Outlaws schedule

Doar, who in 2011 became the oldest WoO Rookie of the Year in history when he claimed the honor at the age of 47, has been concentrating on WISSOTA spec-engine Late Model racing across his native Upper Midwest this season. But he’s returning to open-competition action for the Wild West Tour, a busy stretch that rolls through Wisconsin, Minnesota, South Dakota, Wyoming, Manitoba and North Dakota over eight days and gives Doar an opportunity to race on familiar turf and reconnect with the friends he made while traipsing around the country.

“I’m really looking forward to this next week,” said Doar, who called off his series traveling after emerging from February’s eight-race trip through the Southeast ranked 13th in the points standings with just two top-five finishes. “If I’m ever gonna be able to sneak around the front against those (WoO) guys, it’s gonna be in my home-track area. I’ve got a lot of laps around these tracks we’re going to so hopefully it will be an advantage.

“And it’ll be fun to harass (Shane) Clanton and Josh (Richards) and all them guys all week,” he added with a smile, referring to the World of Outlaws stars he traded barbs with on the road. “I always enjoy messing with them.”

The track Doar is most anxious to attack on the Wild West Tour is undoubtedly Amsoil Speedway, which returns to the WoO after a two-year absence. While the three-eighths-mile oval is located about 140 miles northeast of Doar’s residence, he has competed regularly there throughout his career, winning Late Model titles in 2005, ’06 and ’10.

“I haven’t raced there much the last few years because we’ve been on the road but I’ve won a lot of races there over the years,” said Doar, who finished ninth in the track’s 2010 WoO event. “We know that place pretty well. It’s kind of a great big paperclip – half momentum and half drag-racing.

“One thing you need to know about Superior is that you can’t pay attention to how your car feels in hot laps because the track usually changes so fast that (practice) doesn’t do you any good. The clay can be sticky enough to pull your shoes off if they’re not tied tight enough, and then a half-hour later it could be the slipperiest track around.

‘Basically, you just have to go out and see if your motor’s running right in hot laps and then try to adjust your car for where you think the track is going.”

According to Doar, Amsoil Speedway has one of the best racing surfaces the series will see all season.

“The clay they have is really nice,” said Doar. “I’ve been racing there for 20 years and I’ve never seen it rubber up (become one-laned). A lot of racetracks need to have that stuff on their track. It would help ‘em out a lot.”

A spec-engine Late Model specialist for most of his two decades behind the wheel, Doar is still on a steep learning curve with open-competition dirt Late Model racing even after spending two years on the WoO. Considering he’s made just two open-comp starts since dropping off the World of Outlaws trail in February, he understands the challenge facing him during the Wild West Tour.

“It just makes it harder to run with those guys,” said Doar, who tallied 83 of his WoO appearances, 74 of his feature starts and 19 of his top-10 finishes after joining the tour full time in 2011. “If you don’t run the big-motor stuff all the time, when you get back in it it’s pretty exciting because the big motor runs a lot better than the WISSOTA motors. The WISSOTA motors are a limited motor that don’t have much power compared to the open stuff, so half the fun of doing the open stuff is just getting to gas on that big motor in the car. We’ll be on softer tires again too (for the Wild West Tour), so you can just drive that much harder.

“The Outlaw guys race so much it’s like they don’t really seem to realize they have so much power,” he continued. “Watching a guy like Shane Clanton, I don’t think he realizes he has 900 horsepower. The way he drives it, he acts like he has just a taxicab motor in there — and it feels like I have John Force’s (drag) motor in my car because I’m not used to it. The more you run the open stuff the more you get used to it.”

Doar has shown flashes of brilliance in open-comp Late Model racing — most notably, in 2011 he scored a $10,000 qualifying feature win in a split-field WoO show at Tyler County Speedway in Middlebourne, W.Va. — but finding the consistency necessary to have staying power on the national tour has proved elusive. That’s why he decided to stick closer to home this year.

“I just wasn’t running as good as I wanted to out there (on the WoO),” said Doar. “I could say it was just wearing me out and I was sick of driving around the country, but if I was running top-five I would probably drive to Australia to race with the World of Outlaws.

“After winning the rookie deal (in ’11) I was hoping to get better the following year, but we just didn’t pick it up enough. I don’t know — maybe I peaked the year before and it’s all downhill from now on.”

Doar, who will celebrate his 50th birthday on Dec. 18, has no regrets about his two-year stab at life on the road with the Outlaws.

“I still enjoyed it,” said Doar, who has won three spec-engine Late Model features this season in his self-owned Capital Race Cars. “I always wanted to do it, and I got the chance to do it. It was really fun to go all those different places and get to know them guys. Those guys are a lot of fun, and I still talk to them a lot.

“It’s just that the driving all night long (between races) wears on you when you’re not running well. I think if I was Clanton’s age (36) — and definitely if I was Josh’s age (25) — I’d be a lot better off driving all night to tracks around the country, but it just got to the point where it seemed like I was wore out and then I didn’t race very good because I was so tired from running up-and-down the road with my tongue hanging out.”

Some long hauls lie ahead of Doar during the Wild West Tour, but his calmer 2013 racing schedule should have him primed to go all out for big week with the Outlaws.

“Hopefully we’re rested up for this swing,” said Doar. “I’ve been taking my vitamins and I’m ready to go.”