Reddick's pole failures are a hard habit to break 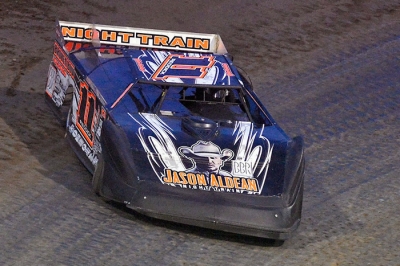 ROSSBURG, Ohio (June 8) — Most drivers go their entire careers without starting on the pole position of the biggest races at Eldora Speedway. But in starting Saturday’s Dream XIX in the No. 1 spot, Tyler Reddick of Corning, Calif., was on the pole for his second straight major event following last September’s World 100.

That’s the good news. The bad news is, for the second straight time, mechanical failure forced an early retirement for the 17-year-old standout. For Reddick, it’s been a hard habit to, ahem, break. | Complete Dream XIX coverage

“When you’re running your best, that’s just when things tend to fail. In your shining moment, things come around to haunt you ... that’s how my last year and half has really been,” said a disappointed Reddick, who led the first 22 laps of the $100,000-to-win Dream. “About the time I’m really getting there, something just goes wrong. We’ve gotta stop it now before it really gets out of hand.”

After leading just two laps at last year’s World 100 and retiring on lap 41, Reddick thought the Dream might’ve turned out different if his car didn’t inexplicably lose power just before he clicked off lap 23 of race eventually won by Scott Bloomquist.

“I honestly felt like I would had to really just make a huge mistake,” said Reddick, who watched the rest of the race from the infield. “They ran green-flag for about 60 or 70 laps there, and honestly ... I think I could’ve led during that whole run, honestly.

“It’s really hard to pass and on these restarts, it won’t make it interesting and dicey, and you know, I might’ve still not won this race. But you just never know. Honestly, it’s just disappointing to get out front and lead and be gone — just gone. And then we hit the wall and had other things go wrong on the race car. It just sucks.”

While settling a blistering pace in the early laps of Saturday’s main event, Reddick indeed crunched the wall in turn four, allowing second-running Tim Fuller and other pursuers to cut into what had been more than a half-straightaway lead. But Reddick didn’t think his brush with Eldora’s unforgiving concrete caused his demise 15 laps later.

“I got a little bit slower after I knocked the wall down like an idiot. But I still had a good car,” he said. “It feels like I let one get away from us. I was looking at the race car and I had contact with the wall obviously, it was pretty good contact.”

“At first, I thought it was more of a motor problem, but really it’s like a spark in the ignition. The car just died out. That was it. I could get it to fire initially for a brief half-second, and then it would shut off again.”

It spelled the end of another pole-starting run at the legendary Eldora, where Reddick again left disappointed.

“I was getting a little ridiculous there at the beginning of the race, but I was just wanting to get out front and go,” Reddick said of his quick pace. “But honestly, it really sucks. You know, we’ve been here twice, we’ve had a car that I felt like we could run a top-five or maybe win twice. Just things have been happening.”