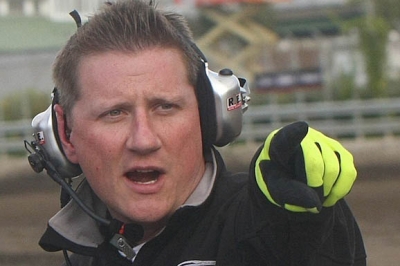 Like most of the country’s top national and regional Dirt Late Model drivers, Jason Feger travels to Eldora Speedway at least twice a year for June’s Dirt Late Model Dream and September’s World 100. All of those trips to the famed-half mile oval in Rossburg, Ohio, have produced a variety of results over the years for Feger, but there’s one thing they’ve all had in common: a lot of waiting around.

Feger and his crew won’t be doing much waiting at Eldora in 2013 thanks to major format changes to the Dream and World 100 that track officials announced last week. Along with the addition of nearly $200,000 of total purse money between the two events, the changes include the addition of complete racing programs on Thursday and Friday night of both race weekends.

That should make for a pretty busy schedule compared to the traditional Eldora format of tech day on Thursday and just two rounds of single-lap qualifying on Friday.

“It sure beats sitting there and not racing,” said Feger, the Bloomington, Ill., driver who recorded his best major-event finish at Eldora with a fifth-place effort in this year’s World 100. “We’ve always gone there on Wednesday or Thursday and I guess other than a few laps on Friday, you’re pretty much just sitting around until Saturday night. This new format deal definitely beats that.”

The format changes would be considered a major shakeup for any event, but it’s even more so for Eldora. The Tony Stewart-owned facility is known for holding tightly traditions developed back in the days when legendary promoter Earl Baltes owned the track built it into one of the most historic dirt tracks in the country.

While a number of the sport’s other major events have developed multi-race formats that offered fans the chance to see more racing and drivers the chance to make more money, the Dream and World 100 have stuck with their tried and true format, which some fans and drivers blamed for dips in car counts for both races in recent years.

Even after the tweaks for 2012, the major changes for 2013 were hardly expected. But according to Slack, it’s something that’s been in the works for quite some time as Eldora has looked to adapt to a steadily changing sport.

“We’ve been talking to drivers and fans for a while about it, even before I came here,” said Slack, whose experiences prior to Eldora included managing the Dirt Track at Charlotte and working with World Racing Group. “Obviously both the Dream and the World had sort of peaked car count-wise a few years back. So the dialogue has been going on a few years with fans asking what they want to see and asking the drivers what would make them keep coming back here.

“The biggest thing we heard is the fans want to see more racing and the drivers want more opportunities to race for more money. Drivers have been saying ‘We’re here Wednesday and Thursday, why aren’t we racing? Why are we just sitting around waiting for one payday?’ ”

Thursday and Friday’s action will also offer decent payouts. Each night will be highlighted by twin features, giving at least 48 drivers the chance to earn feature starting money each night. The two features on the Thursday of the Dream weekend will each pay $2,500-to-win while Thursday races at the World and both events’ Friday features are all slated to pay $5,000 to the winner. Additionally, drivers’ best qualifying laps between time trials on Thursday and Friday will be used to set the lineup for Saturday’s six heat races.

“We knew we had to make some adjustments, but we definitely didn’t want to lose the tradition of Saturday night,” Slack said. “I was part of the Firecracker at Lernerville when I worked at World Racing Group and I helped create the World Finals when I worked at Charlotte. As a fan I’ve watched Knoxville and Cedar Lake grow. We just started really taking a look at what the fans and drivers want and what’s been making everything else click and what’s driving the excitement.

“We know we can’t please everyone, but we listened to fans and drivers and tried to do what was best for everyone. And I think we did that.”

There’s no doubting there will be plenty of discussion and debate about the changes between now and the Dream June 6-8. Steve Francis of Ashland, Ky., is among the drivers who believe Eldora got it right.

“In my opinion that’s great. I give them an A-plus on that,” said Francis, the 1999 World 100 winner. “Roger and all those guys, they’ve listened to the drivers and made it better for everybody because not many people are a big fan of those two-day shows anymore.

“I think Eldora had that history and nobody wanted to change anything because it had been so successful. But I think we’d all rather have the opportunity to get a check every night. Tony went right by what Earl did, but what’s worked in the past isn’t what’s always gonna work. Knoxville, Lernerville and now Eldora are going with those formats. I think with the reaction from drivers and fans, all the crown jewels will be going to that eventually.”

Feger also likes the changes but not just for the extra opportunities to make money. He’s looking forward to the additional track time the new format will give drivers on major-event weekends.

“It’s definitely gonna change things because it gives you more time to get a grip on your car,” Feger said. “Laps around that place are valuable. It’s not like anyone ever gets to go there and test or practice. And when you go for other races you’re not really racing (on a similar track surface) as you get at the Dream or the World. So to get to make those extra laps those weekends, it should really help, especially the guys that don’t have a whole lot of laps around there.”

While the results of the changes remain to be seen, Slack believes Eldora’s new format will be a great fit. Most importantly, it allows both the Dream and World to keep the majority of the tradition that built the races into two of Dirt Late Model racing’s most prestigious events while also allowing Eldora to keep pace in an evolving sport.

“The one thing people love about Eldora is tradition,” Slack said. “But the one thing we also heard from a lot of people was that is was time to step out of the box on some things. I don’t like to mess with tradition. But for us to grow these events, we had to make some bold moves.”