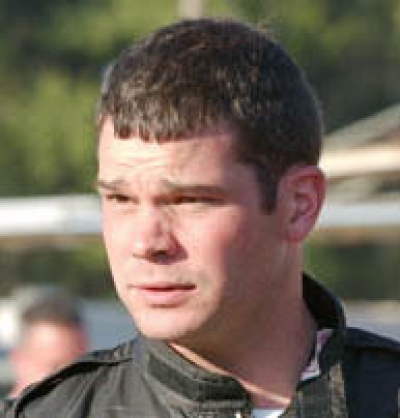 For the most part, the Ohio-centered Sunoco American Late Model Series operates in the shadows. The regional tour offers modest $2,000 purses to winners, draws primarily mid-level drivers from Ohio and Michigan and holds some of its events at obscure dirt tracks that don't even run Late Models weekly.

But there's got to be something to a series that boasts these drivers on its all-time victories list: former World 100 winners Billy Moyer and Brian Birkhofer, former Dream winners Darrell Lanigan and Matt Miller along with other Eldora Speedway standouts, including John Gill and Jeep Van Wormer.

Why such a sparkling list? ALMS offers regular access to Eldora, the legendary track that annually hosts the historic World 100 and $100,000-to-win Dream. With four annual stops annually on the ALMS schedules, top-flight drivers join series regulars to get precious laps at the the half-mile oval in Rossburg, Ohio, where track time is gold.

While Moyer, Lanigan and Birkhofer are among Eldora biggie winners to steal away with ALMS victories — all of them in ALMS events just a week preceding the Dream or World 100 — lesser-known drivers slip in to grab checkered flags in 25-lappers and build hopes of success in future 100-lappers.

Casey Noonan of Sylvania, Ohio, was a surprising ALMS winner at Eldora earlier this year, Chuckie May of Allen, Ky., got a 2004 victory, and Rick DeLong picked up a 2001 victory. Brad Neat of Dunnville, Ky., broke through for an impressive two ALMS victories at Eldora last season as he hopes to continue his improvement at a track where he watched races as a boy.

Neat has made the starting fields for just two Eldora 100-lappers — the past two World 100s — and his results haven't been that great. He got in a wreck in one, and his car's rear end broke in the other, robbing him of a chance to see what he could do over the long haul.

Neat and other drivers know that lap time is the only way to get better at Eldora, which hosts fewer than 10 Late Model events each year.

"We try to get there every night or every time the doors are open, if there's any possible way," Neat said. "I feel like all the practice you can get up there, the better you're going to be."

If nothing else, familiarity with Eldora's high banks and unforgiving concrete walls can get rid of a few nerves when the big money is on the line.

"I like the speed, but that intimidates a lot of young drivers," Neat said. "And to be quite honest about it, whenever I was a lot younger, when you show up and you see 30,000 people and that racetrack. … I'll never forget the first time I walked in the gates there and looked over that racetrack and thought, 'This thing is big.' After you get past all that and realize it's just another racetrack … you're going to be better off."

Neat began focusing specifically on Eldora in 2005, determined to make the starting field for the World 100 with help from crew consultant Kirk Loudy, who helped Birkhofer and others master Eldora.

"Kirk Loudy really helped me a lot that first year," Neat said. "He always like Eldora and was always really good there. We went up there and he went with me and helped me with the setup program and he really gave me a lot of confidence with that place, and after that I always felt more comfortable there."

That comfort led to a pair of victories within a month-long stretch last summer at Eldora, an ALMS triumph on Aug. 4 and another on Sept. 3, just a week before he made his second World 100 start.

Standing in victory lane at Eldora is special even for winners of non-qualifiers' races on World 100 weekend, but Neat isn't satisfied with his two trips to that special concrete pad for 25-lap victories. His Eldora career highlight?

"I guess it was the first World 100 that I made, because I spent a whole lot of time that year concentrating on that one racetrack," Neat said. "It was always, when I was younger just going there watching races, it was always my dream to run good there. I really hope, I'd like to win a big race there, and that's our goal, but we need to just keep trying I guess."

Even when he's competing in ALMS events at Eldora, Neat approaches the challenge as if he was running for more laps and bigger money. Of course, when the big money is on the line, he has to face that fact that he's running against more than 100 and sometimes 200 other competitors.

"It's always a big accomplishment just to get in the race up there. If you can get in that race, it's almost like you've won a big race anywhere in the country, because those heat races are so stacked, it makes you feel like you've actually done a whole lot just by getting in there."

Neat and virtually everyone else who has been to Eldora have been deflated by the failure to make the feature event.