Dave lives in Fishers, Ind., and has been an auto racing broadcaster and writer for more than 30 years.
Daily Dirt blogs

Racing is wonderful! Why would anybody ever quit?

Over the past couple of weeks two relatively young racers have announced plans to step away from the sport. First was Brian Birkhofer, revealing his decision in a low-key manner at Knoxville. In recent days popular Wisconsin racer Brady Smith has announced his plans to sell his equipment and quit.

Both announcements were surprising to say the least. The thought of racers walking away while obviously still in their prime has triggered renewed MORE 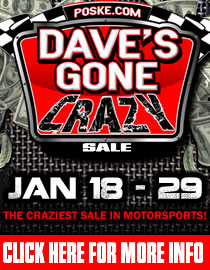