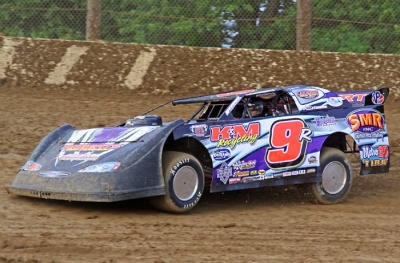 Curtis Roberts tunes up before his $2,000 victory at Moler. (rasmithphoto.com)